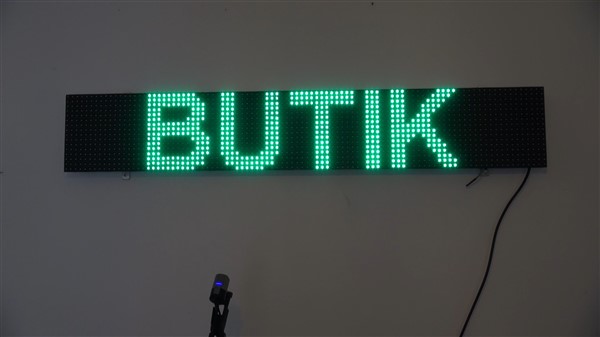 the work (2021) which consists of an LED display ! a camera ! a microphone stand ! a computer and an algorithm % there are the texts displayed which are a remix from the last book of the author ! [it] % the camera follows the movement of letters ! listens to them and sends video to a control program % an algorithm recognizes changes in moving image ! translates it to progression of numbers and transpose it to audial qualities % interesting from the point of view of music is that sequences which appear are not possible to play by musician but computer % an irony in this object lays in the relation between a field of poetry and a space for advertising % it is engaged in its both functions & poetic and persuasive %
videointerpretation &
the work will be exhibited at OFF Gallery during Digitaliteque in Lodz